Skee-Ball is back and better than ever. The game has always been popular with Baby-Boomers and now it's a hit with adult children of the Boomers as well.

Skee-ball ranks #3 on the iTunes list of the most popular downloaded apps. Now the classic arcade game has quickly become one of the most appealing social interactive games in bars and clubs, catering to the twenty-something consumer audience. The game has become so popular that Skee-ball tournaments are popping up across the US and Canada.

If you have been searching for a brand that will score a lot of points, it's time to roll with Skee-ball. 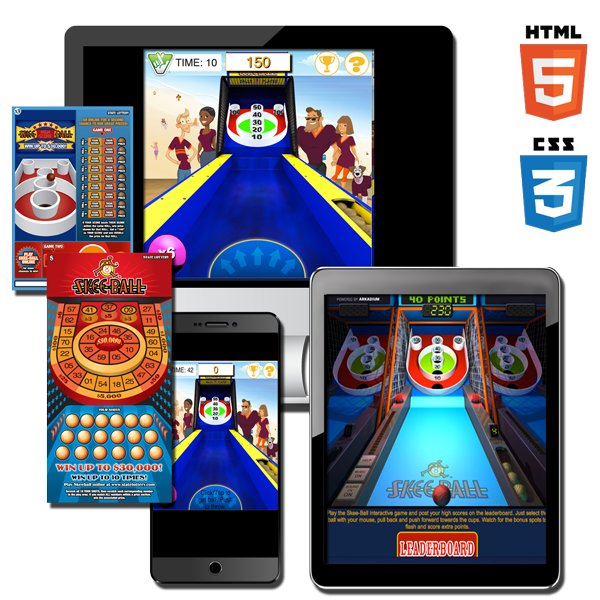 Skee-Ball is part of Alchemy3's "Games of Summer" series. This includes an HTML5 interactive game. Alchemy3 designs interactive games using HTML5 and CSS3 to expand the reach of players to hundreds of different devices including Windows PCs on Internet Explorer 8 and above, systems using Firefox, Chrome, Opera and other popular browsers, tablet and mobile devices using Webkit browsers. Marrying a Skee-Ball scratch ticket with the interactive game ties the purchase to the game play.